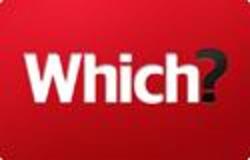 Title: Which? research into in car technology and driver distraction

This investigation by Which? concluded that in-car technology such as touch-screens, integrated phones and sat-navs has the potential to distract drivers.

This investigation by Which? has concluded that in-car technology such as touch-screens, integrated phones and sat-navs has the potential to distract drivers. The publisher is calling on the Government to intervene and provide strong guidance to vehicle manufacturers.

Which? tested the systems of eight of the UKs bestselling car makers and found many features difficult to use while driving. Although technology used by some car companies performed very well, others have work to do to ensure their systems pose as little distraction as possible to motorists.

Which? has created an in-car technology charter, with a 10-point checklist, to make systems less distracting. The publisher plans to discuss the charter with the Government, road safety bodies and car makers.