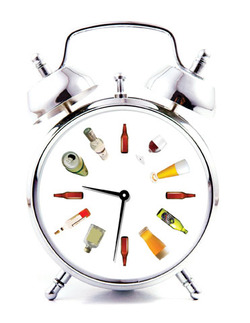 The 'morning after' drink drive publicity campaign has been running for several years. The campaign is designed to raise awareness of how long it takes for alcohol to pass through the body, and for it to be safe to drive after drinking alcohol.

The campaign was evaluated using an experimental research design with 40 participants.

The study indicated that the morning after campaign materials have considerable potential for changing public views on drinking alcohol and then driving the following morning. The campaign message was shown to be easily understood and remembered, which implies that the Morning After campaign will raise awareness to the public and encourage them to adopt more positive driving behaviour. This is supported by participants opinions on the likelihood of a change in drivers and passengers behaviour as a result of the campaign.

Most individuals reported positive attitudes towards the campaign and agreed that there is a substantial need for educational campaigns on drinking alcohol and then driving the following morning, especially given that the majority of the participants seem to know very little about alcohol metabolism and how long it takes before an individual is safe to drive.