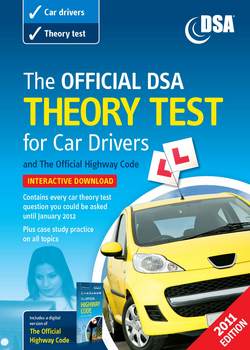 Title: The lowdown on the new official DSA downloads for learner drivers and riders

Its estimated that 73% of UK households have access to the internet. And 99% of 16-24 year olds  the age group most likely to be learning to drive or ride  have internet access.

The new official DSA interactive downloads are a significant development, making key information and advice available at the click of a button and giving theory test candidates the best start to their revision.

Both products include every question that candidates could be asked in their theory tests until January 2012, together with the DSA explanations of the answers and a full digital version of The Official Highway Code, and cost less than the equivalent book and CD-ROM titles.

For more information, including a video trailer and free preview, go to:
tsoshop.co.uk/dsadownloads now.